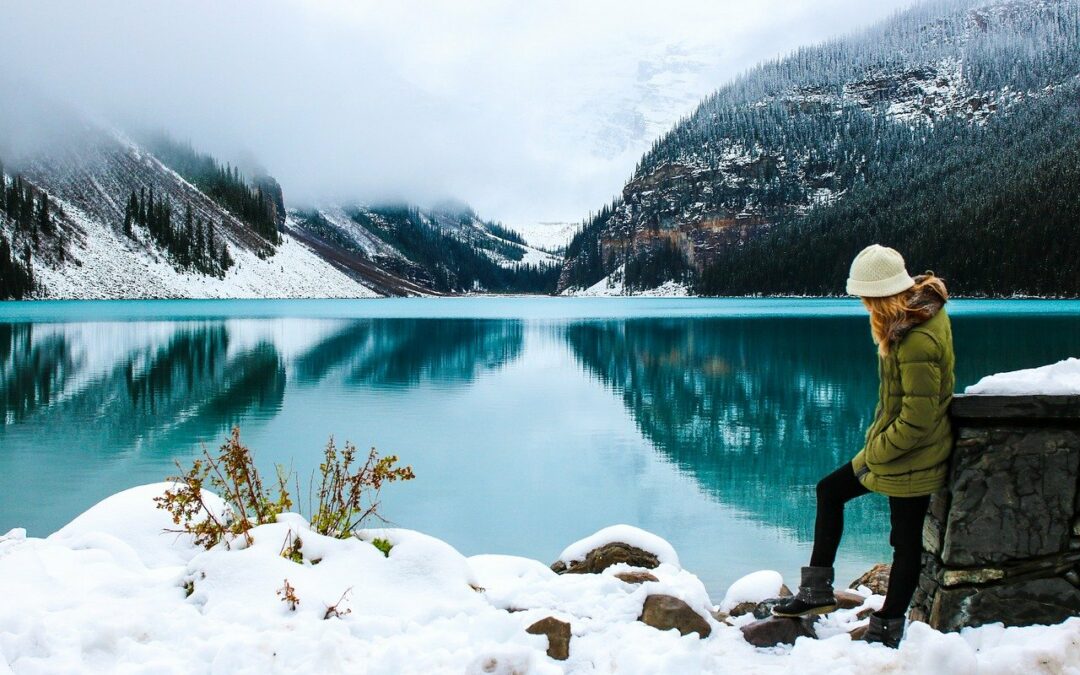 The idea of visiting Canada conjures up images of wide-open roads, magnificent scenery, snow-capped mountains, and sublime lakes that are unlike any on the planet. The second-largest country in terms of total area, Canada is idyllically situated in the Northern parts of North America. If you are looking for a destination that offers charming landscapes and the chance of having a once-in-a-lifetime adventure, then Canada is where you should be heading for your next holiday. But the majesty of the country is such that it is nearly impossible to explore all of its ten territories and three provinces in a single visit. So, what part of Canada is an ideal introduction to the country? The answer is – Western Canada! Here we talk about some of the best places and experiences you should include in your itinerary for an unforgettable vacation in this spectacular country.

Located around 80 miles west of Calgary, the Banff National Park is one of the most picturesque regions of North America. It is also home to some incredible wildlife which includes elks, grizzly bears, and bighorn sheep, among others. There are plenty of things to do in this UNESCO World Heritage site. The quaint little town of Banff is the centre point from which to plan all your excursions to the various attractions in the area.

Get ready to be dwarfed by massive snow-capped peaks rising all around, while you look down on the towns, rivers and lakes sprawled in the valley below. As a Gondola takes you towards the summit of the imposing Sulphur Mountain, you’ll be greeted by glorious, never-seen-before sights that will remain etched in your memory forever. And if you’re feeling particularly adventurous, you can hike to its summit while enjoying the views of the surrounding Bow valley.

Any visit to Banff is incomplete without seeing the shimmering, turquoise waters of Lake Louise. Often described as the jewel of the Canadian Rockies, the famous lake is surrounded by magnificent mountains that imbibe an ethereal sense of tranquillity to the place. Lake Louise formed almost 10,000 years ago from the Victoria glacier which provides a mesmerizing backdrop to the lake and the surrounding peaks. The water is understandably too cold for swimming but it’s a perfect spot for canoeing in the summer and ice skating in winter. Some of the most breath-taking views of Lake Louise are seen from the Fairmont Château Lake Louise hotel, so even if you’re not staying there, it is worth visiting for lunch or afternoon tea.

The emerald waters of Moraine Lake are so enchanting and famous that they were featured on the reverse side of the Canadian twenty-dollar bill between 1969 and 1979. The stillness of the shining, vividly blue-green water reflects the surrounding Valley of the Ten Peaks beautifully and clearly in the summer months. There are several hiking trails you can follow to reach the summit of some of the most majestic peaks that will give superlative views of Lake Moraine from the top.

The second-largest national park in the Canadian Rockies, Jasper National Park is a popular destination that attracts tourists all year-round. It includes many scenic landmarks and offers visitors a chance to try a number of adventure activities during summer as well as winter. The park also has some spectacular wildlife which includes elks, moose, mountain goats, wolves, and grizzly bears. There are also numerous summits you can climb and witness the exquisite beauty of the national park from above.

Jasper National Park is home to the gorgeous Lake Maligne, one of the most popular points of interest in the Canadian Rockies. The azure waters of the lake are beautifully complemented by three glaciers visible in the background and also include the world-famous landmark of Spirit Island.

Get ready for the adventure of a lifetime! Columbia Icefield is the largest ice field in the Canadian Rockies and is a part of both, Banff National Park and Jasper National Park. Adventure lovers can step back in time as they ride on an ice explorer across the glacier and learn all about its formation and history.

For those not easily daunted by heights, Jasper National Park offers a unique opportunity to experience the Columbia Icefield Skywalk. It is a U-shaped walkway over the Sunwapta valley that allows visitors to walk out across the 918-foot cliff edge and take in the awe-inspiring vistas through its novel glass floor.

How would you like to climb 2300 meters in a matter of 8 minutes? The Jasper SkyTram makes it possible. The guided aerial tramway on the Whistlers mountain is the highest and longest aerial tramway in Canada that operates between late March and the end of October. You’ll get a chance to take in the surreal sights of six mountain ranges including the Pyramid mountain, Mount Collin, and Mount Robson, as well as the glistening Athabasca river from high above.

All these rivers and glaciers, and no waterfalls? Not possible. Jasper National Park has some of the world’s most dramatic waterfalls that are guaranteed to take your breath away. The most notable ones are the Athabasca Falls, Sunwapta Falls, Maligne Canyon and the Tangle Creek Falls, all of which beautifully complement the surrounding limestone mountains. Majority of them are a short walk or a small climb away and are utterly worth the effort.

One of the smaller national parks in the Canadian Rockies, the Yoho National Park is still an unmissable feature of Western Canada that should be included in your itinerary. The park is home to some of the most stunning lakes, fast-flowing rivers, snow-capped mountains, and dazzling waterfalls, all of which define its name “Yoho,” meaning “Awe” in Cree. It also includes several species of animals like mountain lions, grizzly bears, coyotes, cougars, elks and more.

A hidden gem that allows limited access to only a certain number of people each year, Lake O’Hara is one of the most sought-out destinations among hiking and mountaineering enthusiasts from around the world. Some of the most notable trails include the Lake Oesa Trail, Opabin Plateau Circuit, MacArthur Pass, and the Linda Lake Circuit. The natural beauty and hanging valleys surrounding the lake are often reflected in its still, blue waters, creating a heavenly ambience that is not easily found elsewhere.

One of the most easily accessible yet impressive sights in Yoho National Park, the Takkakaw Falls are the highest free-falling waterfalls in Canada. A short, rejuvenating trail can lead you to the base of the waterfall, giving you a unique opportunity to experience the coolness of the mist created by water from the Daly glacier as it hits the bottom. The magnificence of Takkakaw can be captured from afar by hiking to the top of the mountain range opposite the waterfall.

Located at the foot of the President mountain range and enclosed by Mount Burgess and Wapta Mountain, Emerald lake is one of the popular lakes of Yoho National Park, famed for its emerald waters and splendid surrounding scenery. You can go canoeing in the lake to enjoy its beauty in entirety or undertake one of the many mountain trails around the lake to experience its elegance from atop a peak.

One of the best, most convenient ways of exploring the true beauty of Western Canada is by taking the Rocky Mountaineer Train journey. Depending on your preference, you can take different routes from Vancouver to cover Banff, Lake Louise, Kamloops, and Jasper. The one-of-a-kind train journey takes you on a scenic rail route that is not accessible by anything else and gives you a chance to witness phenomenal vistas of the Rockies, its valleys, snow-covered mountains, rivers, waterfalls and more, through unique glass-domed coaches.

Western Canada is a vast expanse of mostly frozen mountain ranges, valleys, rivers, and untouched natural beauty which has to be experienced to be appreciated for its uniqueness and pulchritude. As an experienced travel company that has helped many happy customers plan memorable trips to Western Canada, we can help fulfil your dream of experiencing this marvellous corner of the world in a way that suits your requirements. Get in touch for more information.